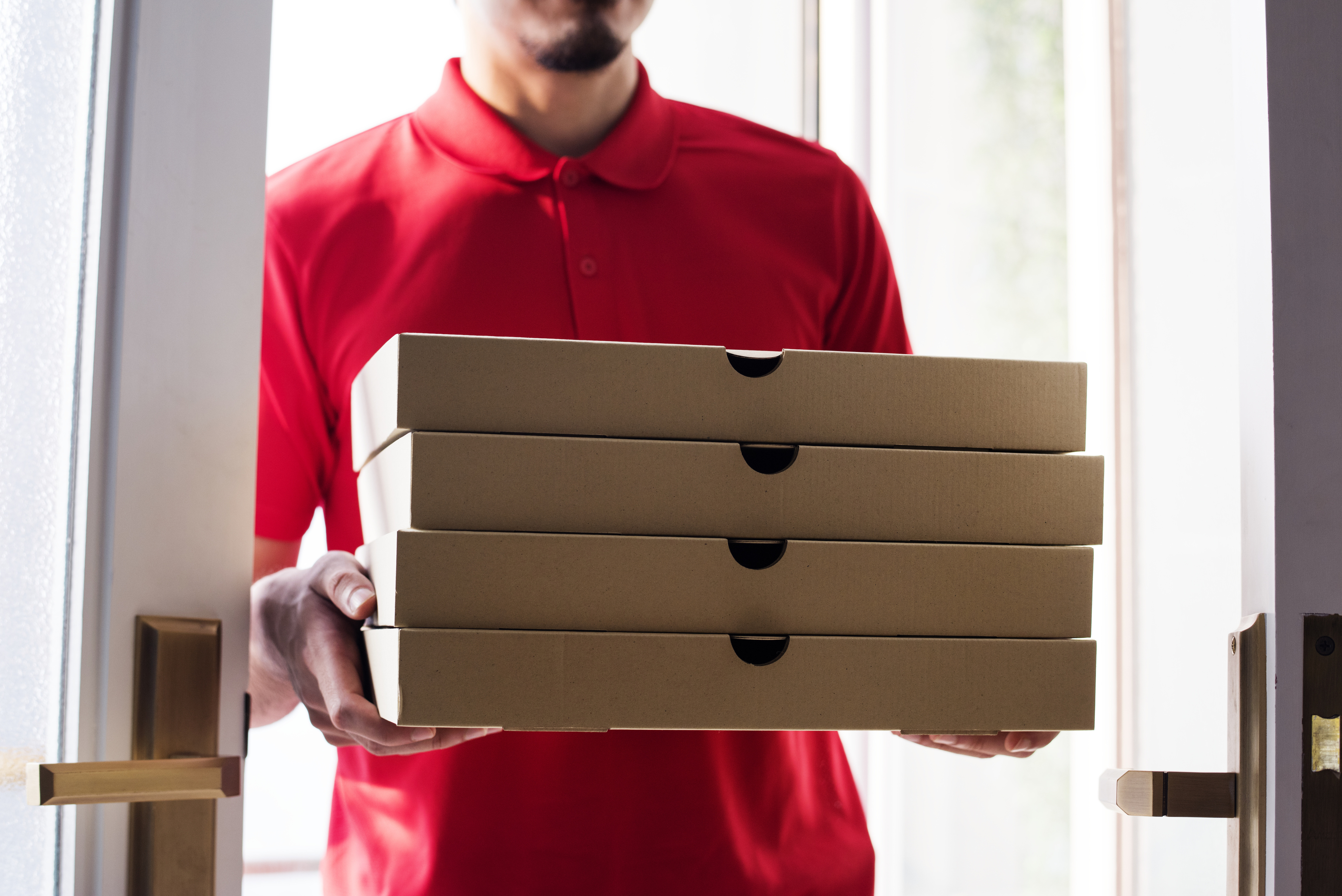 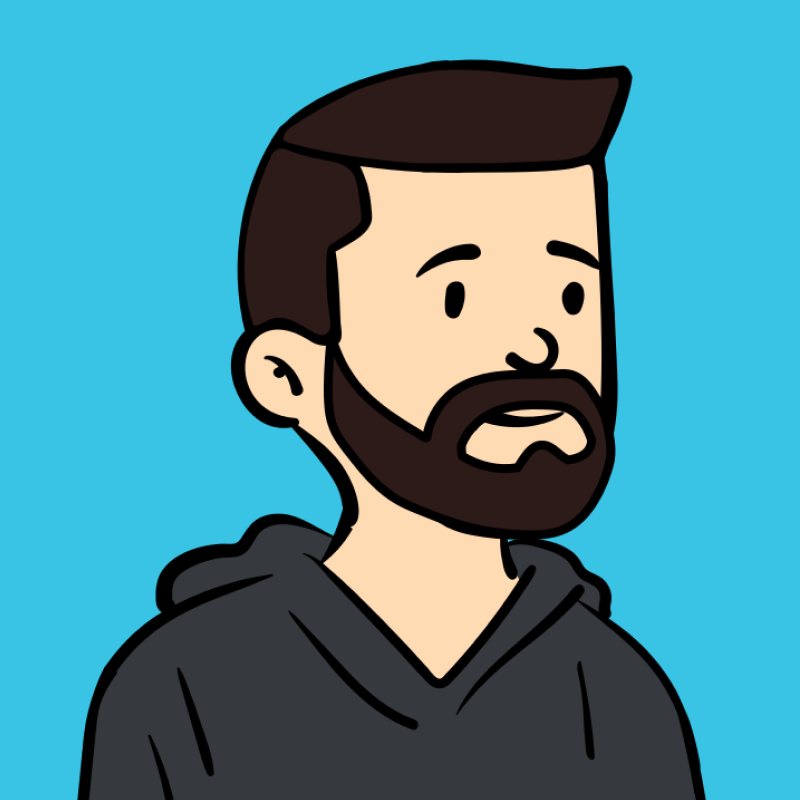 In April, Branch officially partnered with Domino’s franchises to provide same-day, digital payment of tips, mileage reimbursement, and wages. A few weeks ago, our Business Development Manager, Jeremy Langness, checked in with Keith Mungo, Director of Operations for the New River Valley Domino’s franchises, to see how Branch has impacted his daily operations. Check out what Keith had to say about his team’s experience as Branch users.

Jeremy Langness: You looked at pay card options in the past. What made you move forward with the Branch solution in this space?

Keith Mungo: We have 15 stores. There are a  lot of concerns there, but one is that I don't want them to have a $1,000 till. That's scary. I don't want a supervisor doing that for multiple stores and carrying around $8,000 in cash. What if they're in an accident? I know that's a pessimistic way to look at things, but you have to look at everything. If they're in an accident and they've got $8,000 in cash, what happens, who's liable, where does the money go?

That single fact was: We had to do something different than what we were doing. It wasn't working.
‍

JL: Why did you choose Branch?

KM: Our biggest reason for going with Branch was the lack of fees. I looked at a lot of different pay card type solutions, and there are some ridiculous fees. If you breathe on your card, there's a fee, and we don't feel that that's fair to our team members.

With Branch, the only time you have a fee is if you need to do something instantly into your personal checking account or a different account...it's much cheaper. Considering that there's one fee for one thing, and everything else is free, that was a big decider for us.

JL: How long did it take you to get up and running, and what were some of the factors that went into that?

KM: We dragged our feet a bit on it, so it took around six weeks from signing a contract until we were actually fully on board.

Then we got on deferred tips and mileage, but didn't jump right on payroll. But, now we've done one payroll and the employees got paid on Thursday instead of Monday. I got calls like, "Hey, I got money on my card. What happened, why do I have it on Thursday?" Upon those employees getting their money, I had 67 other employees request direct deposit through Branch within 3 hours.

I had 67 other employees request direct deposit through Branch within 3 hours.

JL: It makes a difference when someone can get their full pay earlier than what's expected. How has this affected operations?

KM: We had a slight retraining curve to use the deferred tips and mileage once we turned that on. I mean, you can literally walk in and check out two drivers and you got it, it's not a problem. But operationally, as far as stores not having any money, supervisors having to run around and get money, having to write company checks, and all of those things...that's all resolved now, which gives us a large portion of time back.

We also gained some operational efficiencies from, honestly, happier team members. We had a few team members that did not want to do this. But now our employees are happy that they're not having to run to the bank at the end of their shift and deposit a bunch of tips and mileage. A lot of them switched their auto drafts for bills over to the Branch card, because that's where their money automatically lives.

We even had a team member who said, "Hey, can I just give you my cash tips, and you transfer that to my card as well?" Which is a limitation of policy, you can't do that. But, I found that extremely entertaining: he was one of the ones that didn't want to do it. And now wants us to put all of his money onto his card.

JL: What do you think the ROI on this is, whether it's in a monetary sense or an emotional sense with your employees?

KM: In a monetary sense, we no longer have to pay for overnighting of paychecks. If a store is more than 30 minutes away, then we used to overnight the checks to them. So, every two weeks I get to cut out six overnight charges, which is nice.

We also use the concept of an emotional bank account. You're making deposits and you're making withdrawals. 99.9% of our team members would say that this was an emotional deposit for them, using Branch. They like it. The money is just there. Our systems are set up to pull starting at seven in the morning, and as long as the store runs at the end of day, we push those numbers to Branch at eight. Most of my payouts are 8:05 for tips and mileage.

Today I had a store that did not pull, because they did not run at the end of day. I didn't touch it. Servant Systems [Domino’s POS system] automatically went back and re-pulled that information, re-sent it to Branch, and at 9:56 this morning, all of the team members for that store were paid automatically without me having to do anything. So that's certainly a deposit in my emotional bank account.

JL: How did you communicate implementing Branch to your employees?

KM: We all have team members that we know kind of fight on our side. They've maybe been in management before, or they're just those people that love the company and love what they do so much that they are on your side for whatever you need them for. We went to those people and we explained what we were doing, asked if there were questions, what they thought the downsides would be, and what things they thought we would need to address. They were accepting and in some cases really excited about the change. We then said, please go pass the good word. Those people talked to the other drivers and explained what was going on.

As far as how I would do that differently, I don't really think I would. Having honest face-to-face interactions and conversations about what's going on and not just sending a memo that says, "By the way, we're going to change the way you get paid," really makes a big difference. I think they understood what the problem was. They saw the store didn't have money. So they understood that there was going to have to be some kind of solution. Once we explained that there was truly a problem that we cannot continue surmounting the way that we are, they were OK.
‍
JL: What was it like walking through onboarding with Branch and our CSM team? ‍

KM: Some team members didn't put in their apartment number or spelled their city wrong or things like that. So I would reach out to Branch support, give them the correct address and they're like, "Okay, no problem. We will invalidate that other card and we'll send them a new one," and they send out a card to the correct address.

In all of my support interactions, I've been made to feel like my questions aren't dumb, although in some cases I feel like they probably were. I've sent messages on Saturday and Sunday, and I've gotten rapid responses. Within an hour is pretty good resolution time for me.

View the full discussion between Jeremy and Keith:

No other blog posts found.